New bins to help dog owners clean up after their pets are to be installed near the children's play area at Les Amarreurs, the Vale Commons Council (VCC) has confirmed. The move follows earlier concerns that not all owners are being responsible and that youngsters could be put at risk as a result. 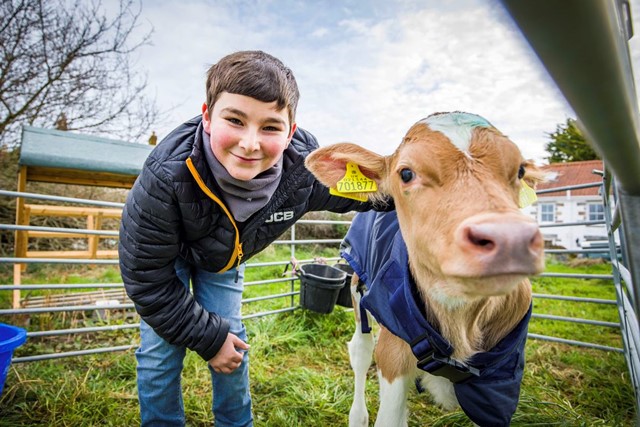 Luca Gaudion with a new addition to La Société Conservation Herd, which will shortly be back on L'Ancresse Common. Guernsey Press image

VCC president Peter Blake was responding to a request via the Vale Parish Facebook page from a young woman who has been walking the Common during lockdown and who was appreciative of the new lidless bins the council has adopted and recognised how easy they were for dog walkers to use.

"Would it be possible for the Commons Council to provide these bins by Ladies Bay/Lucksall car park," she asked. "It would obviously help with the reduction of dog mess."

Mr Blake explained: "These bin were made and placed by us after seeing them in Rome while on holiday a few years back. They are maintained by us and replaced three times a week by a contractor who, at this time, is recovering from a serious back injury, so our employees who work the Commons are doing this for us.

"As for the two areas suggested by [your correspondent], these have already been highlighted as needing them and hopefully will be made and put out as soon as possible." 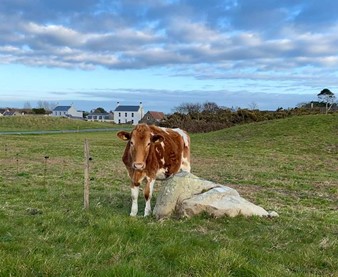 Herd to return
Separately, Mr Blake has asked people and dog walkers to note that La Société Guernesiaise's conservation herd is planned to be back on the Commons to the north of The Doyle at the end of this month, depending on the weather.

The herd, established in 2014, acts as a conservation tool to manage some of Guernsey's most important nature reserves as agricultural intensification and changes in land use have led to the loss of almost all of the island's species rich grasslands and heathlands.

Grazing by these Guernsey cattle controls more aggressive plant species on the Commons which would otherwise dominate the areas and by preventing scrub encroachment.

Mr Blake asked dog owners to keep their animals on a lead while near the herd to avoid disturbing them. Pictured is an earlier grazing session on the Common, while the aerial image below shows the new area to be conserved. 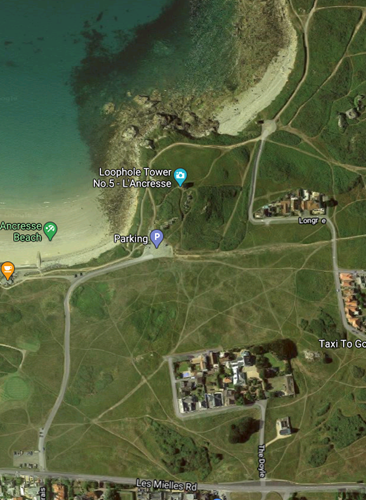