An amazing charity that has been rescuing girls from the streets of a remote part of India for nearly 15 years is being run by a Vale couple – and is thriving despite the global Covid-19 pandemic. Here, Dave and Kolleen Packham explain what led to the founding of The Lily Packham Girls Hostel. 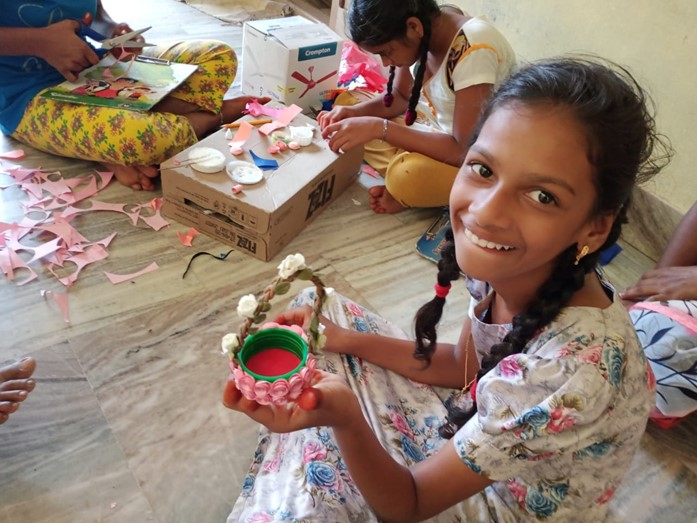 The hostel was established in the village of Nalluru, Ahandra Pradesh, India, and was founded by Dave's father, Richard Gordon Packham, from South Wales, in 2007 after he met a young Indian woman called Vijaya on a train travelling south from Rajahmundry to Chennai (Madras) in 2006.

They struck up a conversation about helping seriously poor Indian people living on virtually nothing but handouts and scraps of waste food. After a long and intensive conversation, he promised to visit the village – indicated on the map – the following year to see for himself.

In 2007 he arrived in Nalluru and was immediately convinced that he must try to help the poor people there through Vijaya, who was working at the local Centenary Baptist Church. He offered assistance and the Lily Packham Girls Hostel - named after Dave's late mother - became established right there and then with a small number of girls, previously living on the local streets, being cared for by Vijaya, who was also a newly qualified Church Pastor. 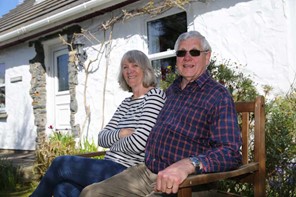 Soon this Christian hostel grew from accommodating a few young females to more than 23, all rescued from the streets where they were vulnerable to every kind of abuse. After Richard Gordon died his son and daughter-in-law Dave and Kolleen, pictured, who live in Guernsey, felt moved to take on the responsibility and eventually managed to build a brand-new hostel just outside the village using funds raised mostly on the island.

The hostel is fully provided for by means of a monthly sponsorship from Christian folk from all over the world. Its motto is Christian Love with Practical Support. 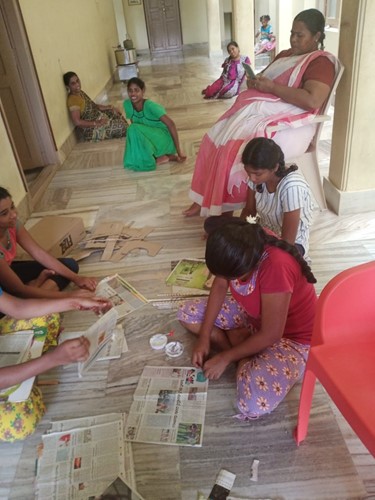 Today, the world-wide Covid-19 pandemic continues to affect everyone. Hostel safety remains paramount so it is in ‘hostel lockdown’. This proved invaluable when many villagers became infected. Indian schools and colleges are closed so the girls remain in the hostel day and night and Vijaya, with the help of senior girls, has been busy with occupational therapy. Together they have produced creative works of art, some of which are shown in the gallery, below.

So, the Packhams are often asked, how do you look after 51 girls 24/7? "Ask Vijaya," they say. "She is the expert and a very caring mother to all them. Today they are all fine and healthy thanks to our wonderful sponsors and supporters and Christmas 2021 will have a new sense of perspective."

Each girl in the hostel is funded by an individual sponsor donating £20 each month, which covers their food, clothing, schooling, accommodation and any medical treatment which they may need.

More information about the hostel can be found on its website. Anyone who wants to make a donation can do so securely via this link. 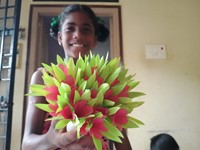 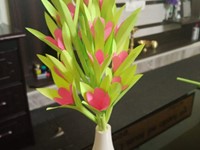 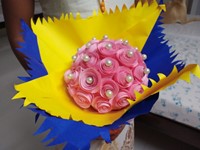 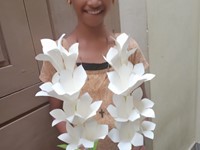 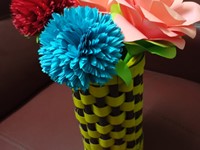 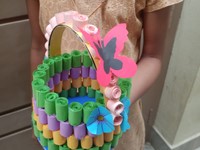 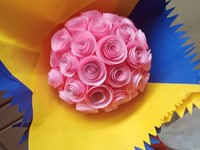 Hostel Girls Artwork 2020 (4)
Have something to contribute? Send us a message
Share This Page