Not enough attention is being paid to traffic volumes in the north of the island argues Vale Douzenier Martyn Torode. Here he sets out the scale of the problem and explains why the parish is facing a massive overload. The views are his personal opinion and do not necessarily reflect those of the Vale Douzaine 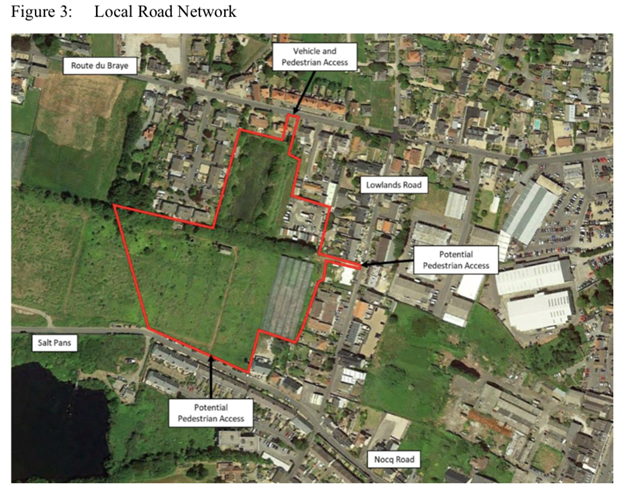 I recently read the Traffic Impact Assessment for the potential Kenilworth Vinery development: I wasn't particularly convinced by it. There was a very generous amount of beautifully presented data all pointing to the conclusion that all is well with the world and that any increase in traffic will have minimal effect.

Among all this chaff I did find one very significant item that should be of concern to all of us living in the North of the Island. Based on committed developments, which appears to me to only be Leale's Yard 1st phase and Tertre Lane, the Half Way junction will operate at 125% of capacity in the morning rush hour and 126% of capacity in the evening rush hour.

I would be delighted to find out that I am wrong, but so far as I can work out, not included in the calculations are Pointes Rocques, Cleveley's, Camp Dolent, Le Maresquet, Leale's Yard 2nd phase or any other current/potential development in the North. 80% of vehicle trips generated are assumed to use the Half Way junction so that all adds up to a massive overload on a junction that is the gateway to (and from) the North of the Island.

Schools issue
As the the Half Way junction becomes more and more overloaded, drivers will seek alternative routes which inevitably means more vehicles passing through Capelles – probably not ideal while there is still a primary school there.

In addition to traffic emanating from new housing developments, there will be considerable extra traffic generated by the extension to St Sampson's High School and to make things worse the pupils are not going to be allowed to ride scooters to school.

There has been a shocking lack of foresight and we in the North are going to bear the brunt of this myopia.