Vale Douzenier Martyn Torode is not a supporter of the proposed two-school model proposed for the island. He believes it will fail and supports the requete seeking to delay implementation. Here, he sets out the reasons why. The views are his personal opinion and do not necessarily reflect those of the Vale Douzaine. 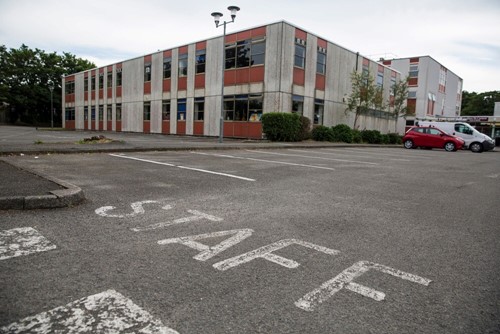 55 of the 61 staff currently employed at La Mare De Carteret High School have confirmed their support for the staff at St Sampson's High School opposing the two-school model.

I should probably start this piece by disclosing that I have never supported the two school proposal. I think that it is doomed to fail its objective of equal opportunity by virtue of the fact that the children themselves are all different and have different needs. Some are outgoing and gregarious and will not be at all bothered about being in a school of c1500, others are more timid and will find every day an ordeal, especially if they are subject to bullying.

I attended the recent presentation for the Douzaines at St Sampson's High School. Deputy Fallaize and his team put on a good presentation and I think it's fair to say that the speakers had many of the audience eating out of their hands. Unfortunately I seem to have come away from the meeting with a rather different take on things.

Deputy Fallaize opened the presentation by saying that it was not all about the money. To my ear he then spent the next few minutes contradicting himself and left me feeling that it is substantially about the money. I can't help recalling the States' reluctance to vote funding for the rebuild of La Mare.

Budget
Deputy Fallaize also stated that they knew their budget would not increase in the future. This I find deeply concerning, if the education budget does not increase year on year then the effective spending power decreases, even if they hit the ground running and produce the most amazing education system in the world, it will be doomed to deteriorate and decline into failure.

There was some explanation of the shortcomings in our current education system, the lack of equality in the offering of the various schools being a significant point. To me that sounds like poor management and a lack of funding on the part of the States rather than a flaw in the system itself.

Deputy Fallaize did make some reference to the consultation undertaken by a previous Committee, but I am not sure why. As I recall the outcome of that was that most favoured keeping the Grammar School but changing the method of selection, the system currently being pushed bears no resemblance to that at all.

Mrs Coffey explained how fully they will be utilising space in the new school, effectively using every nook, cranny, corridor and even the canteen for educational space. Sweating their assets she called it. To me it sounds as if the school will not be big enough for the number of children intended to attend it, even with the extensions.

Rush job
The Traffic Impact Assessment was clearly a rush job and I am not sure that the numbers stand up to close inspection.

To my mind the travel plan for the school is an acknowledgement that the road infrastructure is not adequate and the answer proposed is to push the problem further away from the school, with no thought for how this impacts the residents and businesses in those areas.

Using Oatlands car park for a 'drop & stride' location is surely a fantasy. Even if they were to agree (presumably with some financial incentive) they will pretty soon get cold feet when they find their car park clogged with parents waiting for their offspring to arrive in the middle of the afternoon. Anybody with a bit of commercial experience would realise this.

Clearly the intention is to put traffic lights at the top of Victoria Avenue, to facilitate the egress of large numbers of vehicles onto Les Banques. The stretch of road that passes the entrance to Victoria Avenue is surely one of the busiest roads on the Island. All of the traffic from the direction of the Bridge and from Vale Road travel this section of road. In the morning rush hour this adds up to thousands of vehicles, tailbacks as far as Norman Piette and past the junction at the Saltpans are commonplace. If traffic lights are placed at the top of Victoria Avenue I can only imagine that these tailbacks will become considerably longer.

Single lane
Victoria Avenue is a residential street. The first half effectively being a single lane due to on street parking. It will be very challenging having large numbers of cars entering the Avenue to drop off their children whilst large numbers are trying to escape having made their drop. I don't imagine the residents of Victoria Avenue are going to be too happy with these arrangements.

When it comes to pupils walking from drop off points you may well say to me “what's the problem? I used to walk to school and it never did me any harm.” Well I used to walk to school too, or cycle when I was a bit older. I remember too that there were many occasions when we would arrive at school soaked. In those days there was a central heating system with big old radiators and we would place our wet clothing on these to dry. There were also cloakrooms where we each had a peg to hang our coats, no such these days.

With the intention being to have half the pupils walk or cycle to school I would like to know what the plan is when half the pupils arrive soaked to the skin? They don't have those big old radiators these days. Flippant remarks about the existence of pac-a-macs don't cut the mustard, they will not cope with the intensity of rain that we often get these days.

In addition the walking routes from the drop off points will be a fantastic opportunity for bullies to ply their trade, I can't imagine that there will be teachers patrolling these routes to protect the vulnerable. (In fact ES&C have stated students will not be their responsibility until they arrive at school)

We are much more aware these days of the effects of bullying on the victims, low self esteem, depression, reduced performance, mental health issues and sometimes even suicide.

Child risk
I have another potentially more serious concern with the walking route from Victoria Avenue to the school, it passes through an area that is very rural and remote by Guernsey standards, I believe that this route puts children at risk from sexual predators.

To say the least I was not impressed.

Much has happened since I attended the presentation and penned the above.

The letter from the three heads of education was released and the words had a very familiar ring to them, as if I had heard them before. I question whether the letter was written by Deputy Fallaize himself.

I was made aware that St Sampson's High School is struggling to cope with the number of pupils currently attending.

Good questions
I attended the presentation on the Traffic Impact Assessment organised by St Sampson's Douzaine and was very impressed with the quality of questions asked by the audience, they certainly exposed Arup's lack of local knowledge. Many questions were asked to which there was no meaningful answer and the panel were often left wanting.

By a show of hands at the end only two of the 250+ in attendance were convinced by the traffic plans for the new school.

My wife and I went to the Drop in at Beau Sejour and ended up speaking to the Architect for the new school development. I asked him how much bigger the school will be in percentage terms, he was not ready for that question and had to think about it for some time, eventually saying about 25%. (I believe it is actually 38%.) So there will be 110% more pupils but only 38% more space.

The staff of St Sampson's High School released their bombshell open letter which makes many of the points that I and many other members of the public have been making and more.

I believe that the one school two college model is flawed and offers no guarantee of improved outcomes for our children, indeed I think it risks worse outcomes for many who are by nature more timid.

I fully support a Requete that seeks to pause the project and give the States the chance to look at the situation with new eyes.