A truck that has been abandoned at the Vale Castle car park for weeks and is now full of potentially toxic rubbish won't be moved at parish expense, Senior Constable Richard Leale has said. 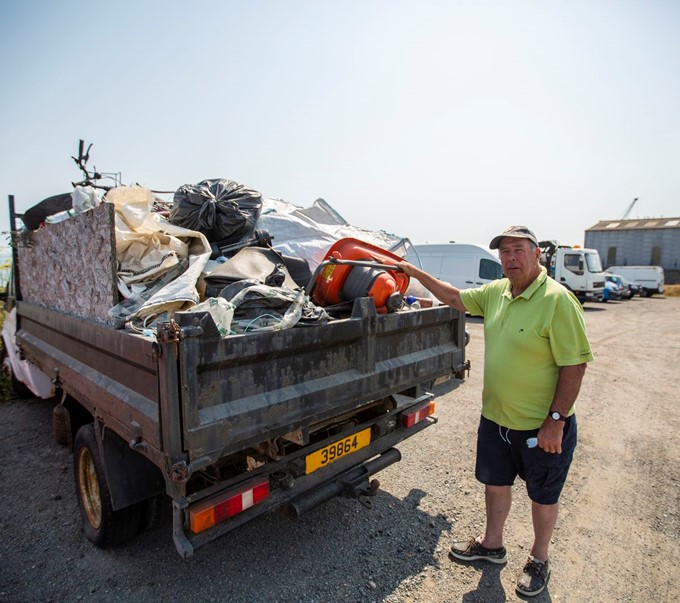 "Our inquiries have shown this could cost ratepayers around £1,000 to move because of the expense of handling what's in it," he said, "and I see no reason why parishioners should foot the bill for something that isn't actually our problem."

Mr Leale's approach is based on the difficulties the Douzaine has faced in getting the authorities to acknowledge the extent of the problem with abandoned vehicles and the fact that the parish doesn't own the land where the truck has been left.

"This is States property and comes under the control of ACLMS, the Agriculture, Countryside and Land Management Services, which has responsibility for 41 coastal car parks and approach tracks," he said. "That being the case, we cannot use ratepayers' money to go around and do the job that ACLMS itself should be doing."

Made worse
He said the situation was made worse because a further report of an abandoned vehicle had been received for Grande Havre. "When we contacted the authorities to see if we could trace the owner, the response was the land is not Terres A L'Amende and there was a £14 fee for the States to pass on a letter to the registered keeper.

"There was no guarantee the owner would take any notice of our letter and, quite frankly, it is up to ACLMS and the States to police their own property."

Mr Leale recognised that islanders were irritated by abandoned vehicles and that they could pose a hazard but said the parish douzaines could not deal with the issue. "We don't have the tools in the box for this sort of thing," he said. "It's a States issue and for them to resolve, no matter how much we'd like to help."