The Guernsey Housing Association has been congratulated by the Vale Senior Constable on its plans to build up to 300 social needs and affordable new homes at the States-owned former Belgrave Vinery site. But he is also worried how that might affect regenerating the Bridge and utilising Leale's Yard. 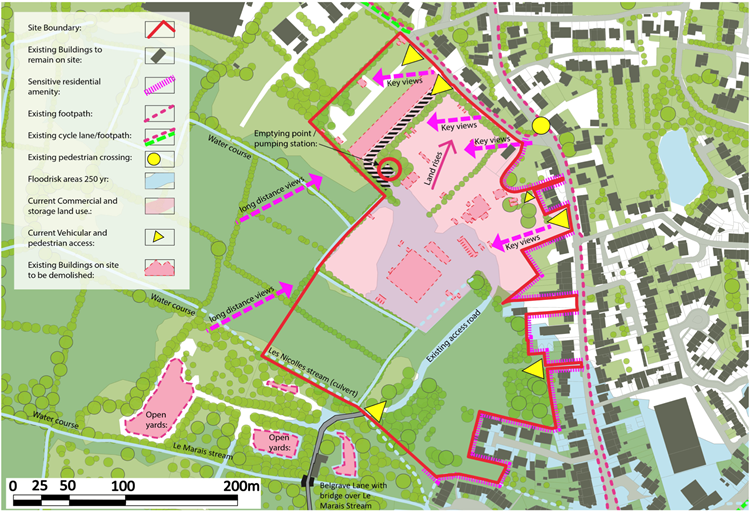 "Any movement on providing new homes for the island's young people is obviously welcome," said Richard Leale, "and the attractions to the GHA of using a site already in States' ownership are obvious, especially since there is a pressing need for more accommodation that's in the price reach of ordinary islanders.

"That said, I do question whether this announcement has been made because it's expedient or whether it is truly the right site to develop at this time."

As a former vinery, the area was technically greenfield, unlike the disused Leale's Yard [in which Mr Leale has no financial or other interest], because it is a derelict former industrial centre.

No amenities
More particularly, he said, a similar number of homes could be provided at Leale's Yard within an existing centre that needed investment, particularly in infrastructure, drainage and improved traffic flows.

"I am slightly surprised that it appears to make sense to press ahead with a large estate development where there are no facilities, shops or other amenities within easy walking distance," he said. "Whereas, all the planning to date – including at Tertre Lane and Saltpans – has been to place new housing in the Bridge centre area so people have what they need on their doorstep.

"If this goes ahead in parallel with regenerating Leale's Yard and the Bridge generally, then it's tremendous news. If not, then you have to question why this particular housing rabbit has been plucked out of the hat."

He said the Douzaine would be contacting the relevant States departments to check how the Belgrave Vinery scheme would affect the development status of Leale's Yard and comment again when that was clearer.