Three candidates hoping to be elected to a single vacant seat on the Vale Douzaine on Wednesday have today published their manifestos and given further details of why they are running for public office. 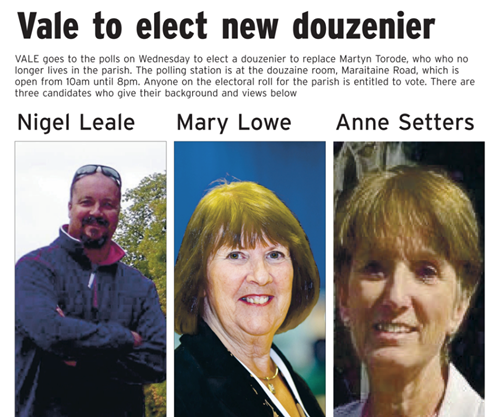 The individuals, in the order they appear on the official publication convening the election, are:

All three make reference to development in the Vale and north of the island and explain why they wish to serve on the douzaine.

The information they have given can be found on the Guernsey Press website available here or in the downloads section at the foot of this page.