States of Guernsey Planners do work in confidence with developers on draft development frameworks (DFs) and priority is given to housing, regeneration and key industrial expansion areas, it has been confirmed to Northern parish officials. 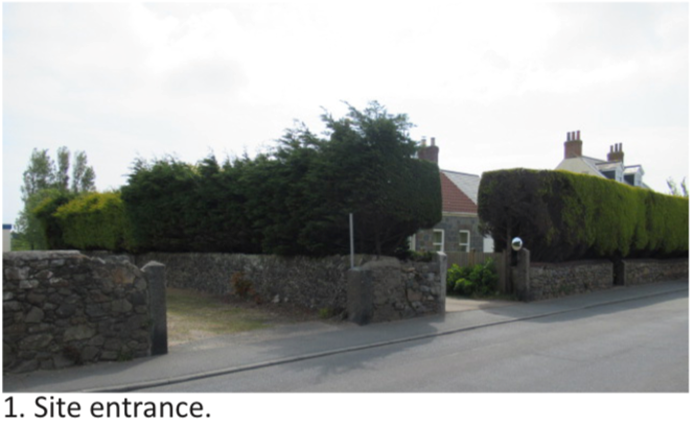 This was made clear by Jim Rowles, the director of Planning, in an email to douzeniers and others following concerns about an extra 35 homes being proposed for the Le Four Banal development (pictured above) in the Saltpans area and another recently released DF.

He ruled out releasing a list of potential future frameworks as the parishes have requested because "a number of sites are the subject of ongoing confidential pre-application discussions".

Mr Rowles' email confirms that DFs can be instigated by an approach from developers and then worked up by staff at the States Planning Service.

"In most cases, as in this one [at Le Four Banal], some work in preparing a DF is undertaken by other parties. Work on drafting DFs by the Planning Service relates to a relatively limited part of our overall ‘business as usual’ (which is partly funded by planning fees and charges) so costs to the taxpayer are not significant."

Development interest
He added that Le Four Banal draft DF was initiated due to development interest and all of the landowners seemed interested in undertaking development. "One owner initially expressed concerns about inclusion of their land but subsequently has sought advice about how best to progress a development."

The Planning Service worked with landowners and their agents to produce Development Frameworks for sites, where they were required in accordance with the IDP [Island Development Plan], as and when there was interest in a site and an intention to work toward a planning application, he said.

Much anxiety
Much anxiety has been caused by the latest release of the development frameworks and the piecemeal nature of their release.

A busier than normal Deputies' Surgery at St Sampson's on Saturday heard more complaints about the proposals, with one parishioner saying the the Development and Planning Authority had already agreed that the Crossways junction was over-capacity but seemed willing to ignore that over Le Four Banal.

Other parishioners questioned why Planning appeared willing to do the job of developers by facilitating planning permissions in this way while others expressed amazement that Planners were contemplating allowing a builders' yard next to the Oatlands attraction.

Significant money had been invested there to create a tourist destination only for it to get covered in dust, it was said.

St Sampson's Deputy Jennifer Merrett, whose planning requete was discussed by the States this month, is trying to change the way draft development frameworks are used.

Leale's Yard
Separately, Vale parishioners have raised the issue of what happens to all the piecemeal housing permissions if development of Leale's Yard does get the go-ahead, now that the site is back in the news.

Senior Constable Richard Leale – who has no involvement with the area – said that the Douzaine had attempted to engage with the Co-op over a number of months about its plans but without success.