La Varde dolmen on L'Ancresse Common is set to be excavated if planners give permission to Guernsey Museums for two trenches to be dug outside the Neolithic passage grave. 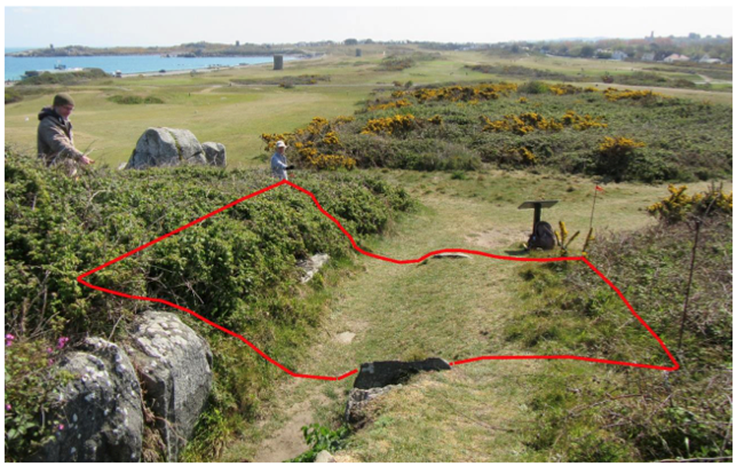 The application has been made by States archaeologist Dr Phil de Jersey as he hopes to discover more about the largest and one of the best preserved monuments of its type in Guernsey.

Most of the interior of the tomb has already been examined but little work has been undertaken outside and Dr de Jersey's team hopes to rectify this.

"The entrance of La Varde is particularly significant because of the orientation of the tomb on the winter solstice. Between 17 and 31 December every year, the rising sun enters the tomb and for a few minutes is visible on the junction of two stones at the back of the chamber," he said in the planning application.

Phenomenon
The phenomenon of the solstice sunrise at La Varde has been closely observed over the last 15 years or so, and there are some elements of it which require further investigation, he says.

The investigations are also expected to be of interest because of the transfer of skeletal remains in and out of the tomb. Previous research on the bone assemblage, which is preserved in Guernsey Museum, suggests that the tomb was periodically emptied, and in some cases bones cremated before being replaced inside the tomb. Archaeological evidence for these processes may survive in the area immediately outside the entrance.

A second trench is to assess the relationship of a possible field wall with the circle of stones around the tomb. "It will also allow us to assess the condition of these features and to consider whether other parts of them might be revealed, and left exposed, in the future," said Dr de Jersey.