A new Vale douzenier was elected last night following a deferred ballot which attracted possibly the biggest ever turnout for such an event. 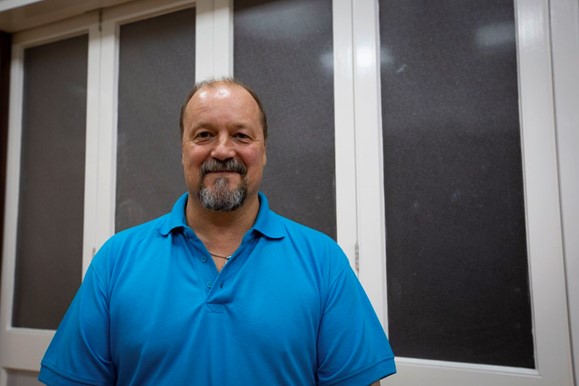 Nigel Leale is the new Vale douzenier, following in the footsteps of his father who served the parish in that role for 12 years. (Guernsey Press picture by Cassidy Jones, 29891557)

A total of 569 parishioners went to the Vale Douzaine Rooms to cast their secret ballot in a process that saw Nigel Leale decisively returned with 268 votes. The two other candidates, former College of Further Education lecturer Anne Setters and former Vale deputy Mary Lowe received 202 and 99 votes respectively.

Mr Leale, a self-employed plumber, has strong family links with the douzaine and parish and said he was delighted with the outcome.

"It will take a while to sink in," he told the Guernsey Press, "but I’m pleased, I’m really made up and humbled that that many people turned out and voted.

"My father did it for 12 years, he always said I should have a go because I’d enjoy it, so I suppose I’ll find out."

Top of Mr Leale’s new to-do list is to listen to parishioners and make sure the Vale’s voice gets heard.

Swearing-in
Arrangements now have to be made for him to be sworn in as a parish official and, subject to that, his first official engagement will be attending the Vale Douzaine meeting at the end of next month.

Runner-up candidate Mrs Setters said she was surprised at the number of votes she got, and congratulated Mr Leale for doing extremely well.

"The deferred election meant that far more people could vote, although I doubt whether it would have been a different result," she told the Guernsey Press.

Senior Constable Richard Leale said holding the deferred election had been a lot of work but worthwhile to see so many voters.