Relocating port operations from St Sampson's 'could revitalise the Bridge'

Moving commercial port activity away from St Sampson's Harbour could be a 'once in a generation' opportunity to transform the Bridge, the States said today. Proposals from the States' Trading Supervisory Board (STSB) would see the current harbour become a leisure only port, with additional facilities for private boats. 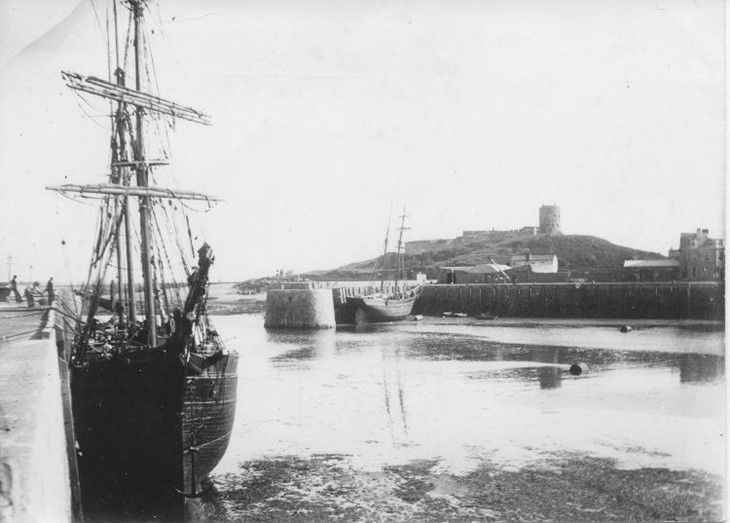 Fuel imports and other bulk cargo operations would move to a new facility south of Longue Hougue. That would also free up space along Northside and Southside, which are currently used for handling or storage of cargoes, as well as fuels.  This could pave the way for development for other uses.

STSB President, Deputy Peter Roffey, said this could unlock enormous potential for both St Sampson and the Vale.

"St Sampson's Harbour is the focal point of the north of the island, and it has remained largely unchanged over the years.  Vessels today still berth alongside the original masonry retaining walls, where sailing ships once tied up to be loaded with granite," he said.

"The whole area of the Bridge is also the island's second main retail centre, and a social hub for many. However there is no doubt that over the years the once vibrant nature of the area has declined.

New life
"We should not underestimate the cultural and heritage offering of St Sampson's Harbour and the Bridge area, as well as their potential to be enhanced. The Future Harbour Development project presents what is potentially a once in a generation opportunity to address that, and breathe new life into Guernsey's northern capital."

Marine & General's boat yard at St Sampson's Harbour would be unaffected by the current proposals.

The Development & Planning Authority is tasked with preparing a Harbour Action Area planning brief for both St Peter Port and St Sampson's.  This will set out what type of development around the two current ports, including any areas that are currently used for harbour operations but may be freed up if a new facility is constructed at Longue Hougue.

Those plans are expected to be presented to the States for approval by the end of 2022, and will be informed by the outcome of the current Future Harbour Development proposals.

Full details of the STSB's proposals can be found at www.gov.gg/futureharbours.