How can the Douzaine help you?

Vale residents are being asked what additional services they might like provided through the Douzaine as the States considers how best it might outsource some government functions to the parishes.

Details of the proposal were outlined by political lead Deputy Soulsby (pictured) at a special presentation for parish officials, which was well attended by Constables and Douzeniers from all the island parishes. 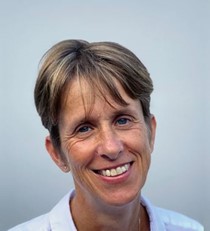 Enthusiasm for the scheme was evident from those present, but the Douzaine Liaison Group, which Deputy Soulsby heads as vice president of Policy and Resources, did not provide examples of what it had in mind.

Instead, group members are seeking ideas from the douzaines themselves, recognising that some parishes will be more able than others to facilitate such things.

Vale Constable Richard Leale, who attended with colleagues, said the initiative was progressive and wished it well but wanted to hear from Vale residents what might work for them as a first step.

Ambition
"One of the difficulties with the Liaison Group approach is that Deputy Soulsby gave no indication of the scale of their outsourcing ambitions," he said. "So we don't know whether they envisage the parishes resuming responsibility for road closures – something they did very well – or re-establishing something similar to the Procureurs of the Poor, when the parishes were responsible for welfare payments of something else entirely."

Recognising that times had moved on, he said the right approach was to approach Vale residents to see what might work for them and what ultra-localised States service could improve their lives.

"Some of the suggestions from douzeniers include mandating the douzaines to be responsible for certain planning functions," he said, "so that local knowledge could be brought to bear on what's right for a particular parish.

"Ultimately, however, it's a matter for residents and so we'd be pleased for feedback from them."