Keep your dog on a lead, Commons users told

Dog owners using L'Ancresse Common have been warned that they need to keep their animals on a lead at all times and under close supervision. This reminder follows what has been described as a spate of attacks and aggressive behaviour from pets. 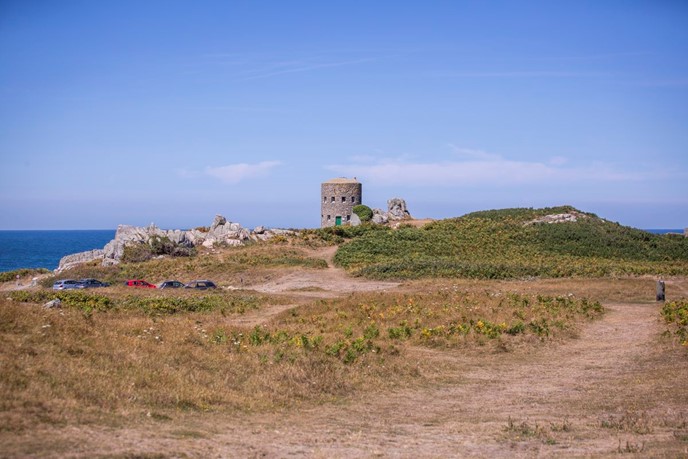 The Vale Commons Council (VCC), which is responsible for the area, issued the directive under the two pieces of legislation, the Ordonnance provisoire relative aux Communes du Vale XI 1932 section 4 and The Control of Dogs Ordinance 1992 section 2.

This enables the council to issue such a directive via La Gazette Officielle and the new restriction takes effect from 1 August.

The Gazette notice, available below, follows an increased number of complaints about uncontrolled dogs harassing people, livestock and pets.

The VCC said that while some dogs were being "enthusiastically friendly and mean no harm," such behaviour could be frightening to those who were uncomfortable around dogs or scared of them.

"Under the law, dogs must be kept under control at all times in a public place. This means they should have immediate, reliable recall. The increasing number of dogs off leads has also led to an increase in fouling across the common, due to dogs being out of sight of their owners," the council said in a statement.

Its full release is available here or in the downloads section below. 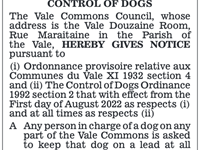 Control Of Dogs Notice
Have something to contribute? Send us a message
Share This Page