An announcement which could finally see development starting at the Leale's Yard site off the Bridge is expected this week, it has been confirmed. The Channel Islands Co-op has told the States that an application for development there is to be submitted shortly. 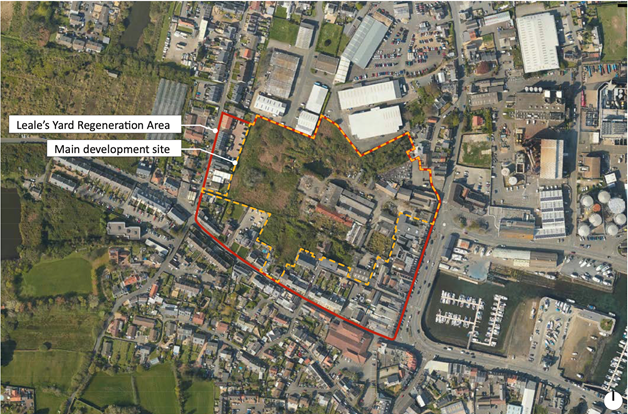 If approved, it could finally see the regeneration of the north's main retail area and a significant number of new homes built.

It is understood that the formal announcement will be made on Wednesday and members of the States were told last week that the planning application itself was "imminent".

The Vale Douzaine is expected to comment officially after any plans have been released and considered but Senior Constable Richard Leale (who has no financial or other interest in the area) has previously said that developing the long-derelict brownfield site is critical for regenerating the Bridge area generally.

That view is echoed in the Guernsey Press today by St Sampson's Junior Constable Leonie Le Tissier, who said Leale's Yard would be the catalyst for improving the retail centre.

Guernsey Housing Association chief executive Steve Williams was also quoted as saying that the application and its progress was very important for the island. He expected there to be a mix of housing, retail and open public space in the plans.

He added that the GHA's own plans for homes on the adjoining Kenilworth Vinery site were progressing. "Site clearance is going well. There is a lot to do and it is important so that we can accurately measure parts of the land which were heavily overgrown and inaccessible."