Making the Vale a ‘Northern Powerhouse’ 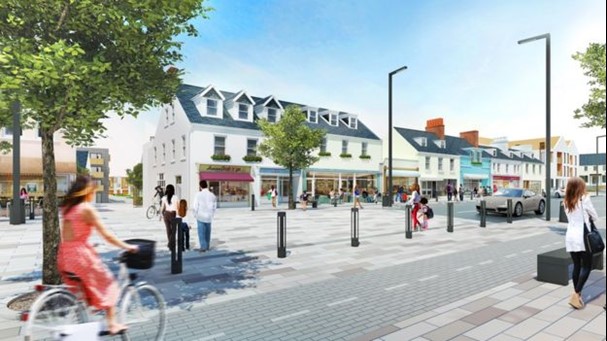 Talk of the States redeveloping the island's eastern seaboard risks overlooking the potential for turning the Bridge area into a 'Northern Powerhouse', an influential blog has said.

'Much has been made recently – and in the past – of the possible redevelopment of the St Peter Port seafront.  Certainly it is a core feature of the States’ economic development possibilities for the future.  But each time you think seriously about it, our limited resources mean you almost immediately exclude the real possibilities in the North,' it said.

'Indeed, for some, no such development ever seems likely.  Recently it was confirmed that the mammoth Leale’s Yard project [pictured above] led by the Co-op will not now take place.  The ambitious data park development at Saltpans is marked only by a ghostly set of covered traffic lights on Route Militaire,' said the Guernsey Matters commentary.

The author says that when the last Vision for St Peter Port was released in 2013, it also had a Vision for the north.

Character
'The first hurdle to overcome is acceptance that the original character of the Bridge itself has been hurt by heavy commercial and private traffic, indiscriminate industrial development and a boom-bust in retail.  On the other hand, it can be restored as a destination and the island’s second main centre.'

The 2013 Vision saw the main opportunities as redevelopment of Leale’s Yard into a mixed-use urban quarter, regeneration of the Northside/North Quay area, regeneration of the Southside/Le Crocq area and an iconic new bridge. In short, a vibrant, viable town centre, with a marina at its heart.

Guernsey Matters, however, says any plan should go beyond that, given Beaucette Marina, the Common, the golf course, the beaches, the little lakes where quarries were once excavated, the Mill.

The full article, which can be found here, says development could include:

New park
'...the area surrounding the inner marina could be dug up and hard landscaped for walking and recreation. It could become a natural setting for coffee shops and al fresco eating,' says the article.

'A wide boardwalk for pedestrians and bikers could lead round the North Side to link to a new public park to be laid out in the surroundings of the Vale Castle. This is, itself, a sadly under-utilised resource that only comes to life once or twice a year.  It could so easily become another “must see” item on any tourist agenda. Meanwhile, the boardwalk could continue following the coast to terminate at Bordeaux Harbour and a re-vamped café-restaurant looking out to Herm,' it says.

Perhaps more importantly, however, what do parishioners think? You can leave your thoughts here. 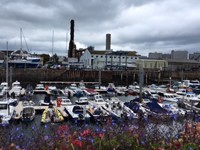 Northernpowerhouse.jpg
Have something to contribute? Send us a message
Share This Page