A photo we put on Facebook recently about a new "hedge veg" stall in the parish that was also selling home-made pottery generated a lot of interest – so we went (virtually, naturally) to find out more. And there's a fascinating story behind its opening and its owner, Agnes Kalita… 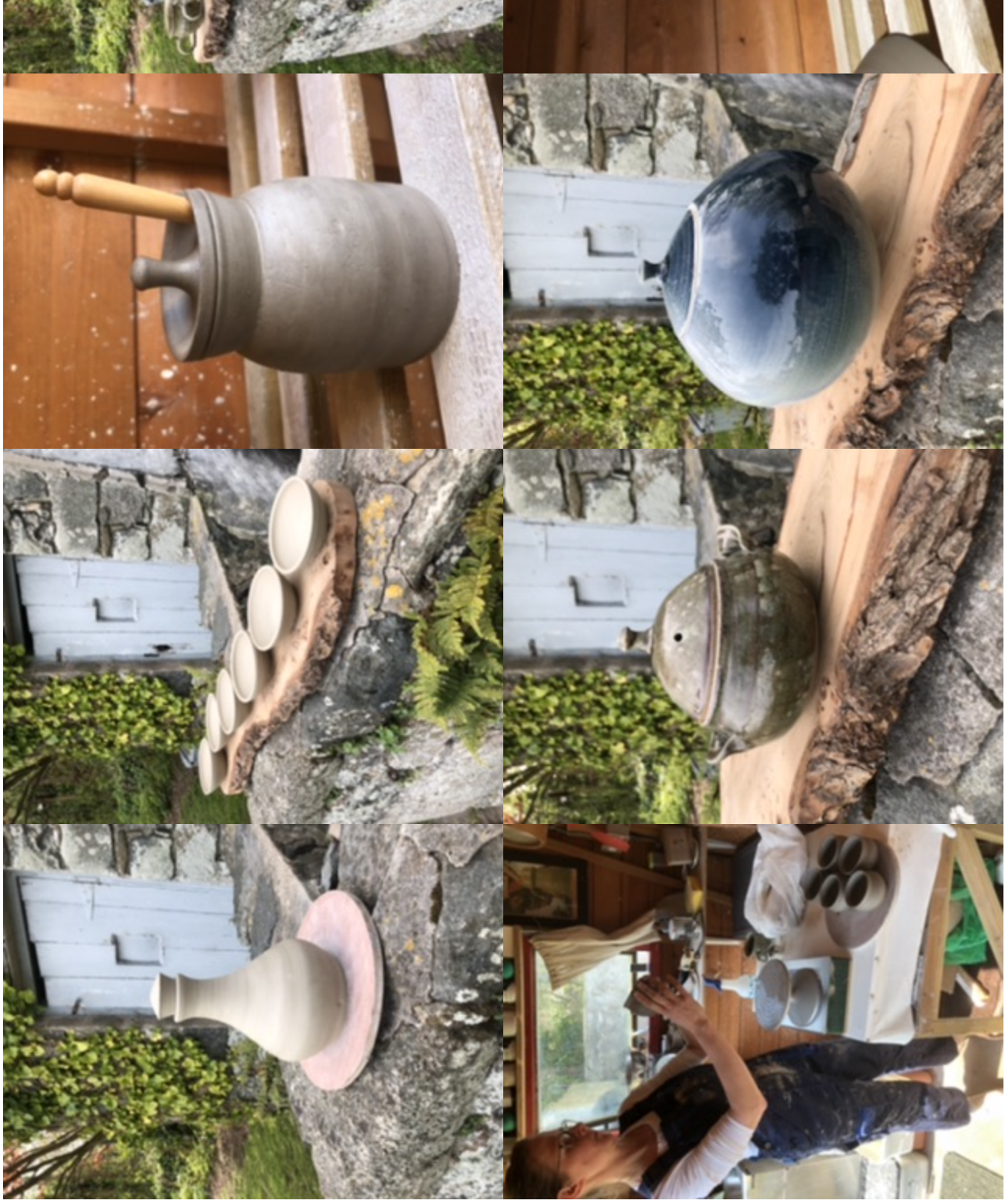 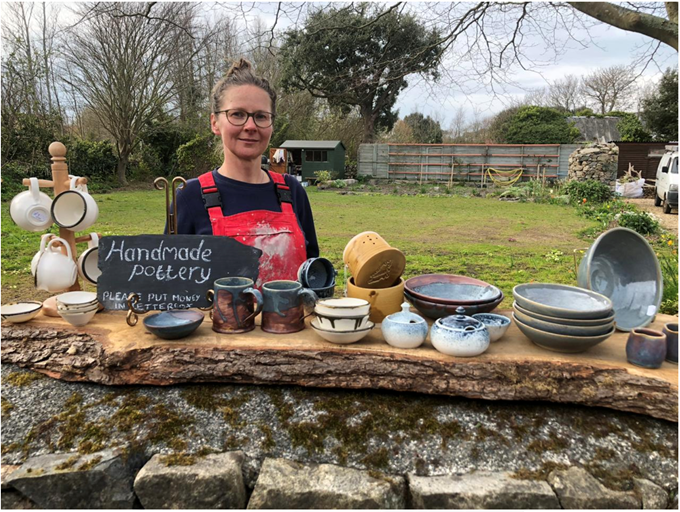 Walk through the lanes behind the former L'Ancresse Lodge Hotel and you come across a hand-made hedge veg stall on the garden wall of a lovely old cottage.

If you're lucky, you may get a glimpse of its owner, Agnes Kalita, as she and partner Phil tend the organically grown produce which ends up on the stall.

Unusually, however, Agnes also sells her own pottery from her Rue des Marais home - in fact it's her full time occupation during the Coronavirus lockdown.

Hardship
She cheerfully admits she's no stranger to hardship - Agnes grew up in East Poland, where work and an income were hard to find.

After years in a factory as a seamstress, not always getting paid because the business was failing, she was desperate for work. That led her to Guernsey and a spell at the then Chouet Tearooms and, later, in a shop in the Arcade.

She had always wanted to work as a dental nurse but never had the opportunity in Poland, and qualified here 10 years ago.

Tough course
Pottery, always an interest, took off following a holiday in the Lake District, where she and Phil saw some pots they liked. Eventually the potter who produced them agreed to teach her. 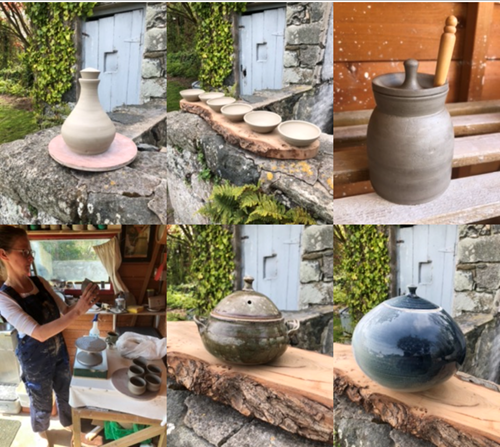 The initial five-day course was tough. "Look," said her mentor, Stuart Broadhurst. "I'll teach you to do it properly – if you don't want to learn, go home now."

That meant getting up at 4am and working literally until she collapsed later that night, being shown how to prepare clay, make glazes and throw pots on a wheel.

Stuart has since moved to the Orkney Islands but, says Agnes, "He's still helping me and he is my Master Potter. I've been up there three more times."

Build your own
Since then Agnes has built her own kiln, is producing traditional kitchenware with locally-sourced glazes – seaweed, cigarette ash, clay – and named the business Little Wren Pottery after a small but vocal visitor that nests behind her shed and "keeps me awake during early potting hours".

When lockdown ends she hopes to source granite dust from Ronez because the purity of the local stone and the high firing temperature she uses should produce striking effects. 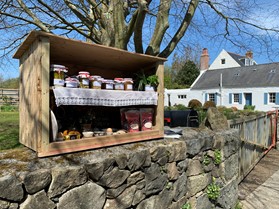 But it's not all about the pots. Interest from her buyers has extended to the produce, pickles and hand-sewn goods Agnes and Phil have been producing. "I was really surprised by how quickly the pickles went," she said.
All the preserves are made to her mother's recipes – "because we were poor it was a lifestyle thing for us as a family and children, foraging in the woods for mushrooms, raspberries and blueberries". They are a way of using up surplus produce from the garden and a reminder of home in Poland.

More pickles, chutneys and condiments should be available in the autumn – and if you'd like to find out more about Agnes' work, you can find her on Instagram or give her a call on 07839 783900. Look out, too, for a website which is currently being created.

* Agnes' partner Phil Collenette runs a business producing fertiliser and plant improver from crab shells, which is also available from the stall 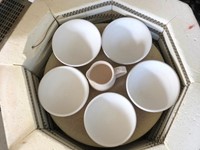 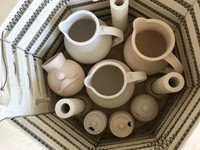 Just Fired
Have something to contribute? Send us a message
Share This Page