Equipment at the well-used play area at Les Amarreurs is being extended and improved by the Vale Douzaine as part of its parish improvements programme. The oldest and one of the most popular pieces, the monkey bars climbing frame, has been refurbished and extended while work has started on a new attraction. 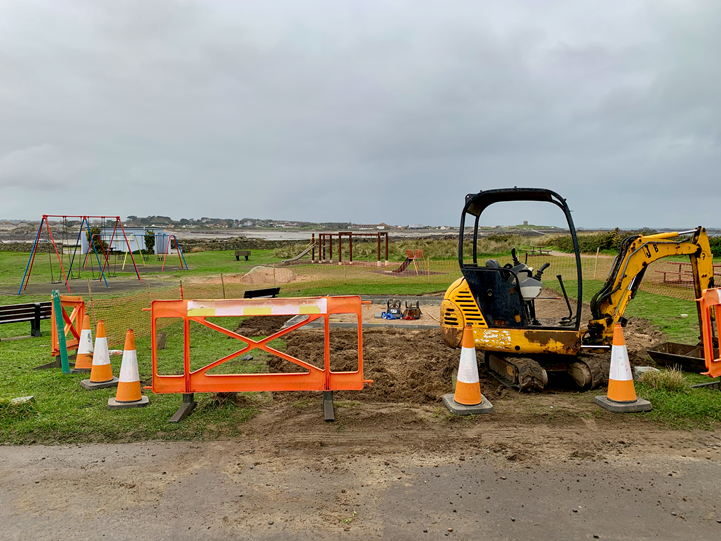 This is a new roundabout, which will be the first moving item at the play area, which is a firm favourite with children from all over the island and is maintained by the parish.

"We hope the new equipment will be popular when it's installed," said Senior Constable Richard Leale, who added that the use the area gets has created some problems of its own.

"Unfortunately, we're now getting a lot of dog owners visiting the area and, while we're not anti-dog, the Control of Dogs Ordinance 1992 specifically bans animals from the play area. This is to protect the children and to keep the site clean and free from mess." 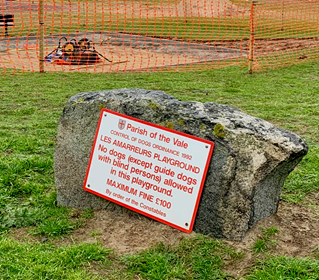 Complaints
The parish had received increasing numbers of complaints about dogs there and hoped owners would be sensible about observing the "no dogs" signs.

"If we don't see an improvement we will have to look at increasing the number of warning signs and talking to the police about enforcing the existing legislation," he said. "That's obviously the last thing we want so I urge everyone to help ensure that the play area we provide for all children remains safe for them to use."

The play area has been provided and maintained by the parish for decades and it does so to a consistently high standard.

The cost of doing so runs into thousands, in part, because it complies with UK safety standards for insurance purposes. It is usually checked on an annual basis by a UK inspector to ensure compliance, although he has not been able to do so this year because of the Covid crisis. 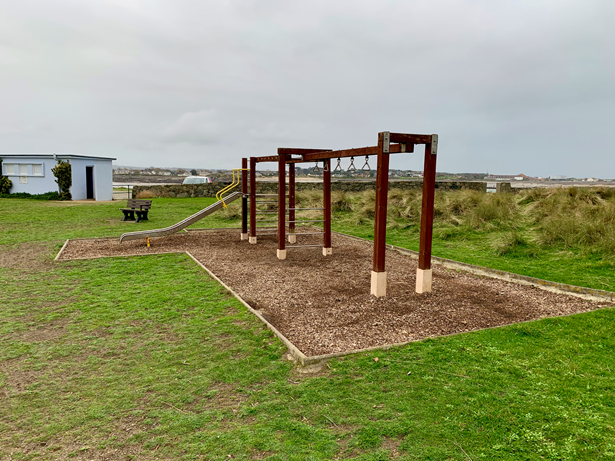 Newly refurbished: the oldest piece of equipment at Les Amarreurs has now been given a makeover.