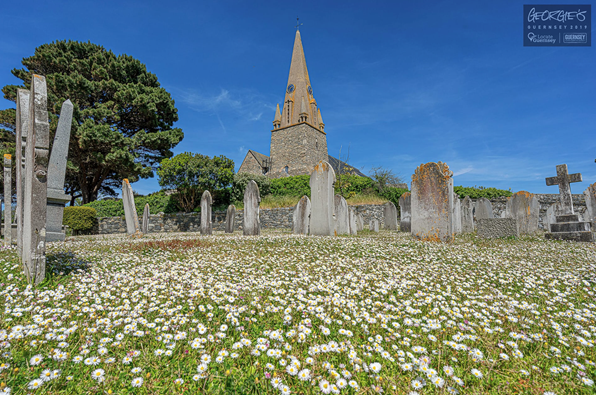 Vale’s parish meeting will be held on 1 April this year, a week later than usual, after some of the financial information the Douzaine is required to scrutinise was delayed.

Senior Constable Richard Leale said that while the late arrival of the Cemetery Committee accounts was a minor hiccup caused by the Douzaine changing auditor, it would give members extra time to look at the latest figures.

“Parishioners will be aware, I hope, that the Douzaine has been working steadily towards providing more openness and more commentary on the funds for which it is responsible and now publishes on the website more details than at any time in its history.”

More detail
As part of that process, individual douzeniers had requested sight of more of the underlying costs making up the Cemetery Committee’s near £80,000 annual expenditure.

While the accounts were, strictly, a matter for the committee itself, it required in 2019  £62,000 via the parish rates and Mr Leale said that parishioners would expect douzeniers to have a full understanding of why that amount was needed.

“We have no doubt that the committee is well and properly run,” said Mr Leale, “but in today’s more questioning times douzeniers think it is only right that they know exactly what it is they are asking ratepayers to spend.”

Would, for instance, a shift in that pricing structure need to be put to a parish meeting for everyone to debate and amend it? Were there cheaper ways of maintaining the cemetery and its grounds? Should the cost of using the cemetery at least meet the running costs?

Budget request
The Cemetery Committee also had reserves of more than £40,000 and douzeniers wanted to better understand how that was accumulated and what purpose it served.

“The final point douzeniers have highlighted is that to date, we have only ever seen historic figures for the cemetery. In effect, we’re invited to pay for what’s already been spent. Given the amount of ratepayer money involved, I think parishioners would expect us to be involved earlier in the process and so have requested that we receive early sight of the 2021 budget figures.

“After all, that’s how it already works with the contribution we make towards the maintenance of the parish church – and that’s just a third of the cemetery costs,” he said.