Parish accounts published ahead of meeting

The Vale's parish meeting will be held on Wednesday 31 March, Senior Constable Richard Leale has confirmed following the island moving into stage three of the Covid-19 restrictions, which means parishioners will be able to attend in person. It will be held at the Vale Douzaine Rooms starting at 7.30pm. 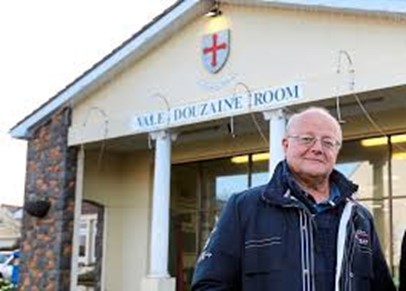 Mr Leale said this was significant as the pandemic meant that last year's meeting had to be postponed and emergency powers approved by the States delegated decision making to the Douzaine.

"Members were obviously happy to do that in the circumstances," said Mr Leale, "but there is a strong feeling in the douzaine that the work it does and the finances for which it is responsible should be subject to proper democratic oversight by parishioners and we didn't want a second year to pass without an open meeting."

For that reason, the ability to have a "proper" parish meeting was welcome, meaning Vale residents will have the opportunity to discuss and question the parish accounts (available here) and raise issues under any other business.

The Churchwardens' Accounts are being audited and will be published shortly. The Cemetery Committee accounts indicate it cost £83,363 to run the parochial cemetery last year while receipts, including a ratepayers' contribution of £57,000, totalled £70,721. The shortfall was made up by drawing from reserves, which stood at £31,117 at year end.