Much wider exemptions from existing planning laws, due to be debated by the States today, have been generally welcomed by the Vale Douzaine, which considered the proposals at its last meeting of the year on Monday. 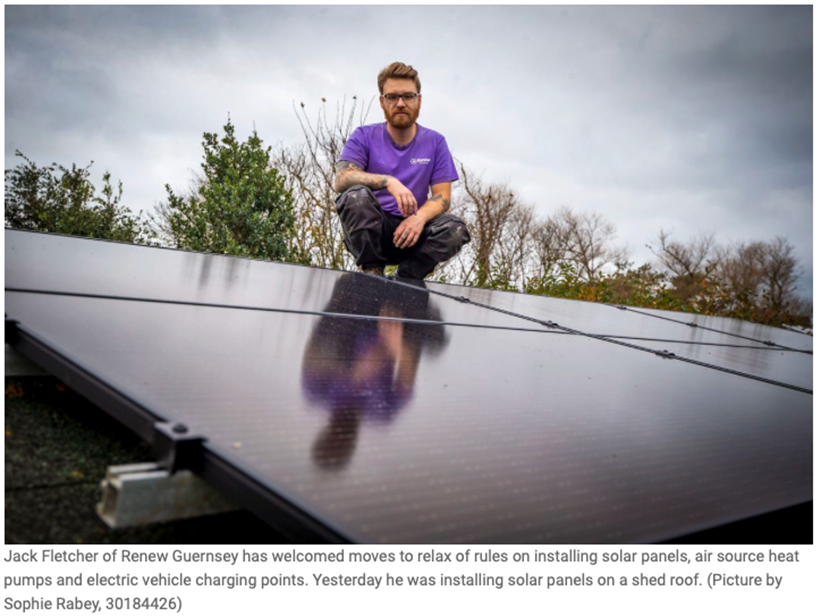 The changes are part of a package put forward by the Development & Planning Authority, which generally "nods through" such applications anyway.

Currently, there are 22 exemptions for development on the land around houses, and this would be increased to nearly 40, while for the first time flats will be allowed exemptions, with 19 proposed.

Senior Constable Richard Leale said the Douzaine welcomed any move that reduced the level of red tape in the planning process and thus saved time and cost, as long as it did not result in widespread and inappropriate development.

The latest proposals – limited exemptions were introduced in 2009 – generally made good sense and appeared proportionate. The douzaine was aware, however, that St Sampson's had raised concerns about some specific areas, such as street furniture, speed humps and bus shelters, and he agreed that some scrutiny of these areas would be beneficial.

Good consultation
"The key thing here is that Planners are aware of the need to streamline processes as much as possible and we appreciated being involved at an early stage in the consultative process that led to the Billet d'Etat in the States today. We will continue to support sensible Planning decisions and constructively challenge those we do not believe are in the parish's best interests," he said.