Nearly 150 households face getting a court summons for not paying this year's parish rates – despite reminders to do so. In total, 148 accounts remain in arrears and the parish is currently owed just over £23,000. 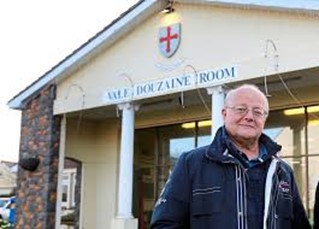 Taking people to court is a last resort for the parish, but it has a duty to collect what is owed – and an appearance can be costly.

In addition to a judgment to pay what is owed, those appearing face a further £60 court penalty. If the account is in the name of an unmarried couple that rises to £120.

If people are experiencing difficulties in paying they are urged to contact the office, which can take staged payments as long as the amount is cleared by year end.

"We really don't like having to issue these threats," said Constable Richard Leale, "but the Douzaine is entrusted with the proper oversight of parish funds and paying rates is not optional – it's a legal requirement."

Not pursuing those who didn't pay was unfair on everyone else and, left unchallenged, simply meant every everyone else eventually having to pay more, he said.