Calls by Chief Minister Peter Ferbrache for an urgent review of planning laws which made particular reference to the north of the island have been welcomed by Vale Senior Constable Richard Leale. 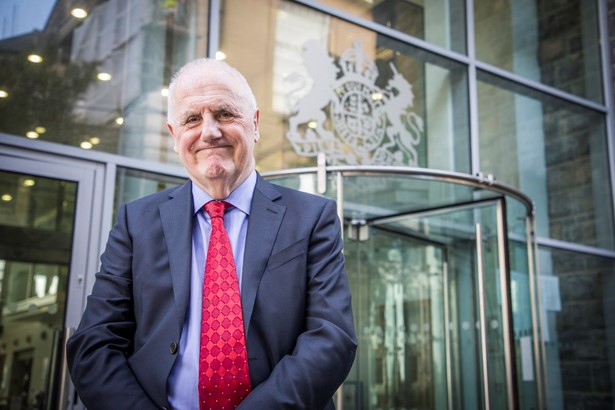 "His specific reference to the lack of infrastructure in the Vale and St Sampson's to support random development was particularly on target," said Mr Leale, "and gives us heart that, perhaps finally, the points we've been making are being heard within government."

The two northern parishes had long highlighted traffic congestion, the loss of greenfield sites and piecemeal planning frameworks as especially damaging for the Vale and St Sampson's. The latest announcement to fast track building more than 300 homes at the former greenfield vinery site at Belgreve while industrial Leale's Yard remained derelict was a case in point, he said.

Talking to business leaders, Deputy Ferbrache (pictured above) said: "The IDP [Island Development Plan] was meant to be fluid and flexible but it isn’t really. Understand that I don’t want to see building in green fields and I do not want to see houses or clos in lanes down, say, in St Sampson’s or the Vale, where there is inadequate infrastructure."

No priority
Mr Leale said Deputy Ferbrache's call for a review was all the more urgent because Planners had admitted to the parish that their work made no attempt to prioritise housing sites, which led to Belgreve Vinery being earmarked as a large estate development despite having no facilities, shops or other amenities within easy walking distance.

He also called on politicians more actively to oversee the actions of their officials.

"The last planning tribunal showed, unfortunately, how some officers take a very narrow view of their brief and take decisions that defy logic or common sense," he said. An example was Traffic Services insisting on a small stretch of pavement being provided in Les Mares Pellées, alongside the so-called Triangle Field.

"Unbelievably, this officer's decision would have destroyed an existing feature granite wall and all the trees on that side of the field, despite them being subject to a tree preservation order," said Mr Leale.

Important wall
The wall was described by the Planning Tribunal as an important visual feature and it was critical of the footpath plan as well: "The single most intrusive aspect of the appeal development is the proposal to create a new footpath along the Les Mares Pellées edge of the site, as this infrastructure improvement requires the removal of the stone roadside wall and all of the 18 trees that lie behind it," said presiding member Stuart Fell.

Challenged on what benefit such a short stretch of pavement might provide at the expense of landscape character and local distinctiveness, Traffic said opportunities to secure highway improvements were taken as and when they arose through the planning application process.

"We realise deputies are reluctant to get involved in operational matters," said Mr Leale, "but this example shows how damaging and destructive box-ticking bureaucracy can be and really has to be stamped out.

"What's particularly worrying is that this case only came to light because of a planning appeal and was overturned as the planning tribunal has the clout to do so. How many other examples of harmful red tape remain hidden from us?

"For that, and many other reasons, we wish Deputy Ferbrache well in his speedy review of a planning process that remains unfit for purpose."