Building a new 156-home estate on the former Kenilworth Vinery estate at Saltpans will have no significant effect on traffic in the area, an impact assessment by consultants Arup has concluded.

Although the Braye Crossroads junction would be at or over capacity, that can be dealt with by making motorists wait longer between red and green light cycles, they say.

'The traffic modelling exercise demonstrates that the proposed development is not anticipated to have a significant impact on the operation of the local road network following mitigation,' say Arup.

Wait longer
That mitigation is increasing wait times from 90 seconds to two minutes. This would increase the increase the length of queues, says Arup, 'but this is not considered to be significant'.

Lovell Ozanne Architects, on behalf of site owner Kenilworth Vineries Ltd, commissioned Arup to provide a Traffic Impact Assessment and the work reveals that consideration had been give to making roads one-way but this has been ruled out. So, too, has an entrance from Saltpans to the new estate.

That was rejected because it could create a 'rat-run' to and from the Bridge, increasing traffic along Nocq Road. Making Nocq Road one way was also considered but ruled out. 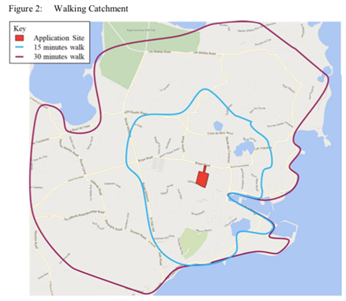 Walking and cycling
The report, which is available here, also indicates that the States are keen to encourage walking and cycling from the proposed site, saying most of the Vale is within a 30-minute walk and the Airport is just over a 30-minute cycle away [and not 15min as earlier stated in error].

Access to the estate will be via Braye Road after an existing property (pictured below) has been demolished and new pedestrian and cycle access would be provided via Leale's Yard, if that proves possible.

If not, the link to the Bridge would be via Lowlands or Saltpans. 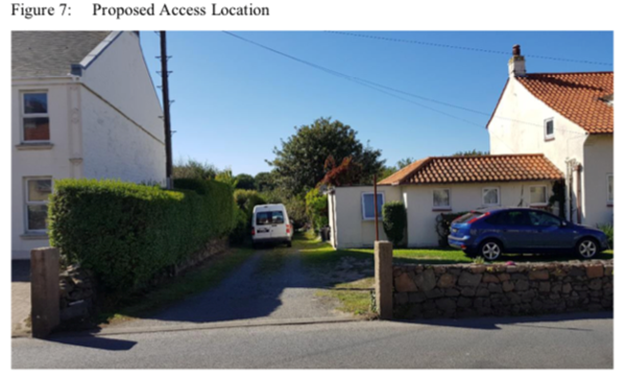