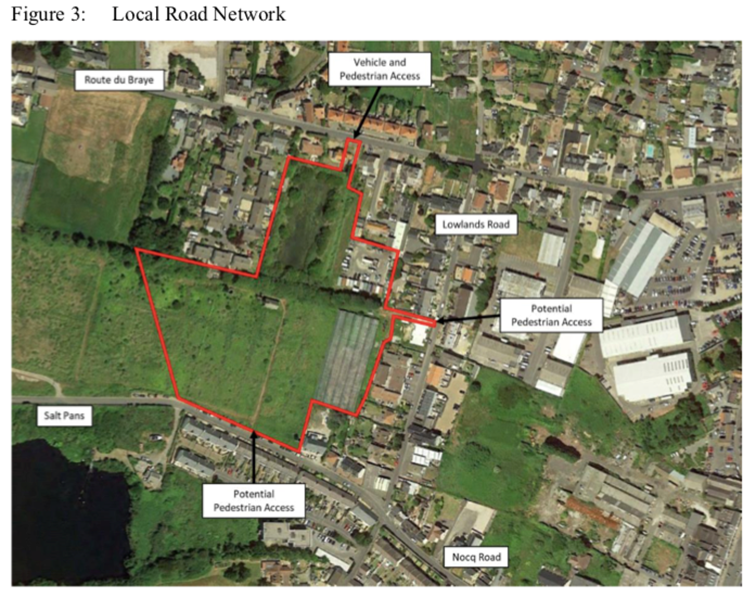 Plans to allow up to 156 homes at the former Kenilworth Vinery site in the Saltpans has been criticised by the Vale's Senior Constable, who said it reinforced the widespread view that politicians needed to control their planning officers far more tightly.

He said the draft framework released by the Development and Planning Authority was another golden handshake for more owners of agricultural land and derelict vineries.

'If built, these homes would funnel yet more traffic onto already congested roads and junctions that are running at full capacity now,' said Richard Leale.

And since these would presumably be family homes, that meant more children to be educated in schools that were also at capacity, particularly the Vale School.

He wondered whether the intention to re-open the old secondary school on the park as St Sampson's Primary School was to accommodate children from the newly-approved Pointes Rocques housing development site, the other one by Delancey Park and now this latest housing complex in the Saltpans.

Rein in
Details of the proposed development were released by the D&PA on Tuesday in more than 50 pages of documentation. Mr Leale said: 'The planners are spending far too long on these frameworks and need reining in by a strong leadership team of deputies – do we have any deputy capable of doing that?'

The proposed development site is around 17 vergees, or just under 7.5 acres, and was originally intended to provide a strategic reserve for housing sites if the annual target for housing provision was not met from other sources.

'The site would be accessed from Route du Braye. In consultation with States of Guernsey Traffic & Highway Services (THS) a secondary access, on Saltpans, is considered to require further alterations to the highway network and alterations to the consented TIA for Leale’s Yard and other proposed developments in the area,' says the report.