Parishioners and Douzeniers have reacted angrily to proposals to build up to 156 new homes at the former Kenilworth Vinery at Saltpans (below) because of the impact it could have on the Vale. 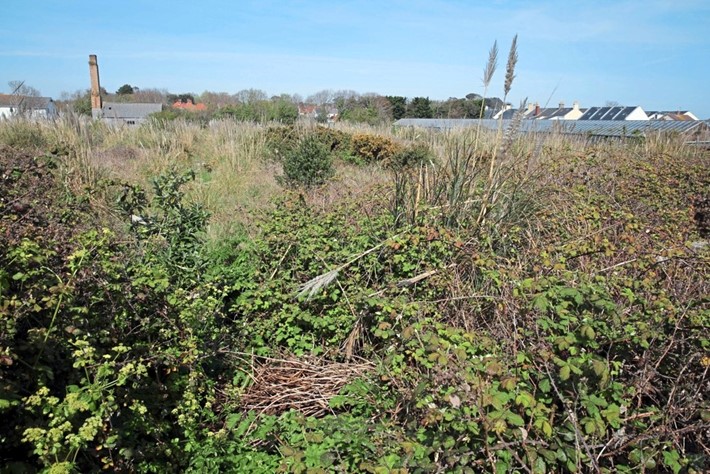 Biggest reaction
Senior Constable Richard Leale said the the parish had received its biggest reaction to date via its website and social media channels and this demonstrated the depth of feeling aimed at what the Planners were seeking to allow.

'More than 10,000 people living in or concerned for the Vale parish have seen and reacted to this news,' he said, 'and I've yet to see anyone who is in favour of what the planners and developers are proposing.'

He also cast doubt on a traffic impact assessment that consultants Arup had produced for the site owners that said the new homes would not create problems.

'If the maximum number of properties are built, that implies under the new rules that there will be parking for 312 vehicles. If at least some of these are family homes, there will be more than two cars per family and I cannot accept this will have no effect on the surrounding areas.'

His biggest concern was that traffic and infrastructure planning appeared to take place in isolation from other approvals. 'If this, Leale's Yard, Tertre Lane and other developments go ahead, there's a real risk of the area being swamped in cars,' he said.

Parishioner views:
One contacted the parish to complain:'Unbelievable ...... a load more housing, still no improvement to transport infrastructure (in fact slowing it to a standstill)!. Environment still hoping that everyone will walk to work, I guess.'

Another said: 'I agree this has to stop. There is no need for all of these houses when they aren't even affordable to first time buyers. The services in the North of the island are pushed to their limits now. We live not far from this area and we are beginning to feel like we're living in a concrete jungle as it is!'

Flood risk
Other residents expressed concerns about flooding, highlighting how low lying the area was and the problems there had already been in Lowlands Road when drainage pumps failed some years back.

'We are already in discussion with the States about the risks posed to the Bridge and allied areas by rising sea levels and extreme tidal and storm events,' said Mr Leale. 'Earmarking this area for homes that very likely will never be built and aren't needed just seems a waste of Planners' time.'

He repeated his concerns that political oversight and common sense appeared to have been lost over the planning process. 'We need some strong leadership from the States to prevent all this – and I have no idea where it's coming from.'