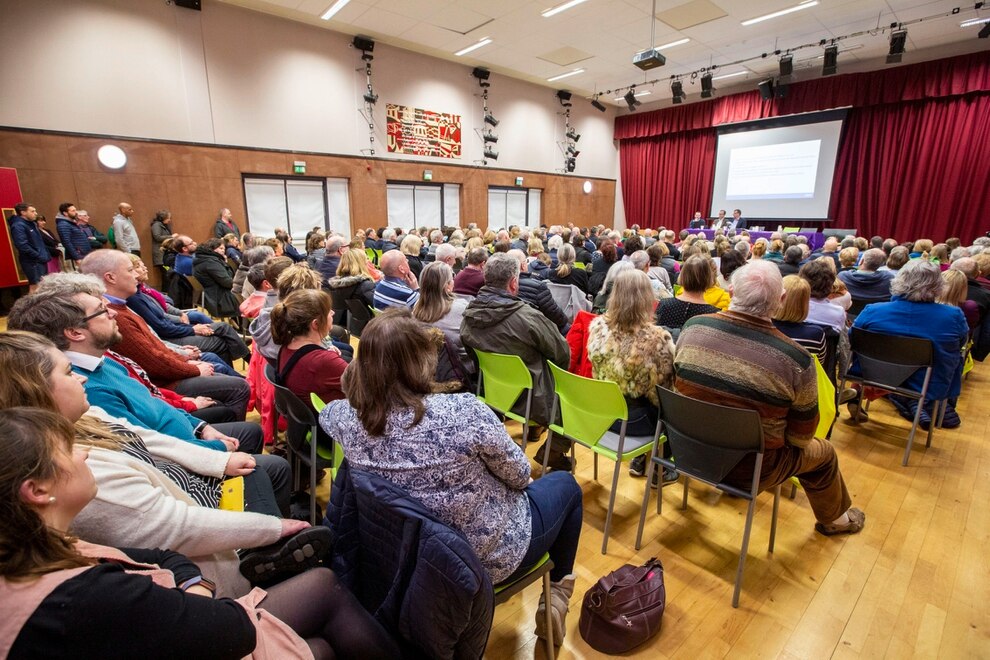 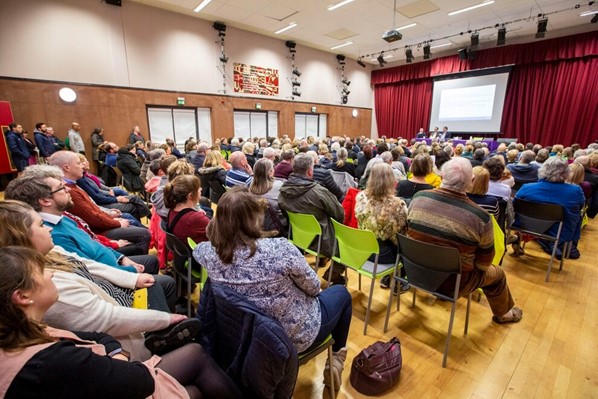 Standing room only for St Sampson’s douzaine’s meeting at St Sampson’s High School on Education’s plans for the site, in particular the impact of traffic. (Guernsey Press picture by Sophie Rabey)

Given the high profile debate on Education Sport and Culture's proposals for the future of secondary education in the island, Vale parishioners might be wondering why there has been no comment from their own Douzaine, particularly on the traffic issues raised.

Senior Constable Richard Leale said that the Douzaine is not meeting formally until next Monday (the 27th) and while he was aware some members had views on the proposals, it would not have been helpful for him to comment – and possibly preempt – any decision that might be reached.

He added that the Douzaine also had two new member and colleagues would wish to hear their comments at what would be their first Douzaine attendance.

"After our meeting on the 27th the Constables will make comment according to the wishes of the Douzaine," he said.