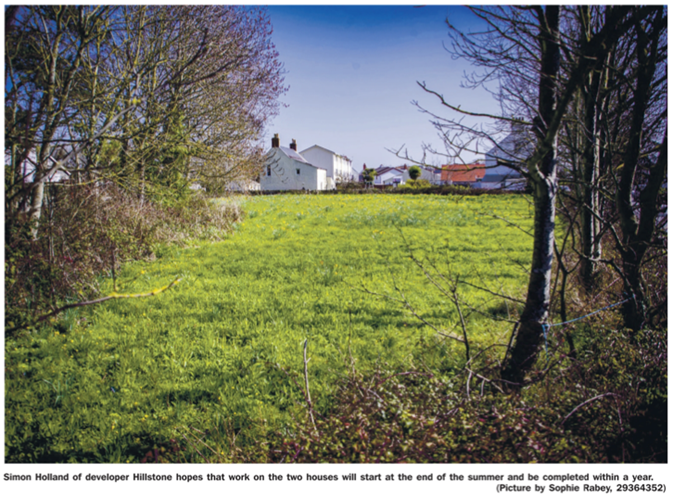 Responding to the news that a planning tribunal had overturned a decision by politicians on the Development and Planning Authority (DPA) to refuse permission, Mr Leale said it demonstrated the lack of common sense being applied to such matters.

Recalling the legendary president of the former Island Development Committee, who would regularly reject applications for being incongruous [not in harmony or keeping with the surroundings], he said: "Perhaps Tom Ogier's approach wasn't quite right, but it was a decision made on the ground."

Before the island's planning laws were changed, politicians had more power to reject applications for aesthetic reasons, but now the pendulum has swung too far the other way, said Mr Leale. The DPA really had no choice other than to approve something because the Island Development Plan (IDP) of 2016 stated it could be built on.

He added this was confirmed by DPA president Victoria Oliver's comments after the tribunal issued its decision. "I think it will be a real shame as that is the last green bit along Braye Road," she was quoted as saying by the Guernsey Press, "but the policy says it can [be built] and the policy has to win."

No common sense
Mr Leale said that remark showed exactly what was wrong with the current planning process. "Planning has been tied up in knots creating a tick-box procedure leaving out the most important box – common sense – or actually leaving the office and going to have a look," he said.

He added that the previous States voted to leave the IDP unchanged, despite the many criticisms of it, claiming instead that it was doing a good job. Without the IDP earmarking the site for development, the developer would never have paid £420,000 for a field otherwise worth £30,000.

"Our new Chief Minister was voted in on the basis of saying that enough was enough development for the north of the island but now he remains silent," said Mr Leale.