Up to 313 new homes could be built at the former sites of Belgrave and Fontaine Vineries now that a draft development framework has been approved for the area. The decision has caused dismay because it runs counter to multiple representations against it, including from the parochial authorities. 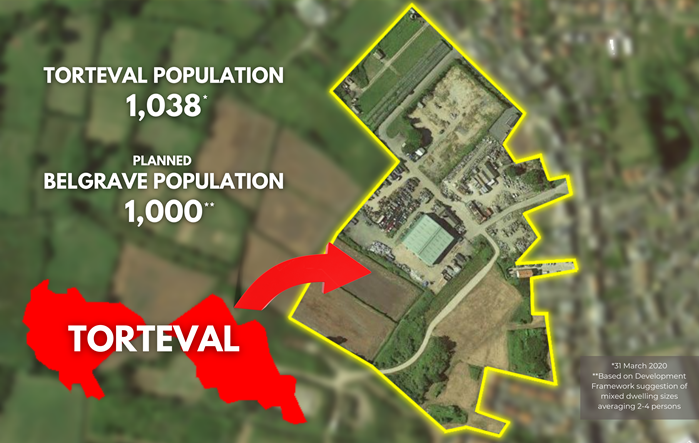 St Sampson's yesterday released the following statement and image (above):

"The Development and Planning authority have approved a development framework for the former Belgrave Vinery site.
This framework proposes that the site could accommodate the same number of people as Torteval. However, this site is fifty times smaller than our southernmost parish."

That calculation is based on the framework's suggestion of mixed dwelling sizes each providing accommodation for 2-4 people.

In a joint statement in August, Vale Senior Constable Richard Leale and St Sampson's Douzenier Rob Gill acknowledged the need for suitable housing but said that rushed and reactive building projects like this one were a reckless solution.

The detailed concerns expressed about building on what is a high flood-risk area that provides 20% of the island's drinking water can be found here.