A popular path in the north of the island is at risk of partial closure because of erosion apparently caused by rising sea levels and climate change. The problem is being monitored by the Vale Commons Council, which carried out a detailed survey of the area nearly two years ago. 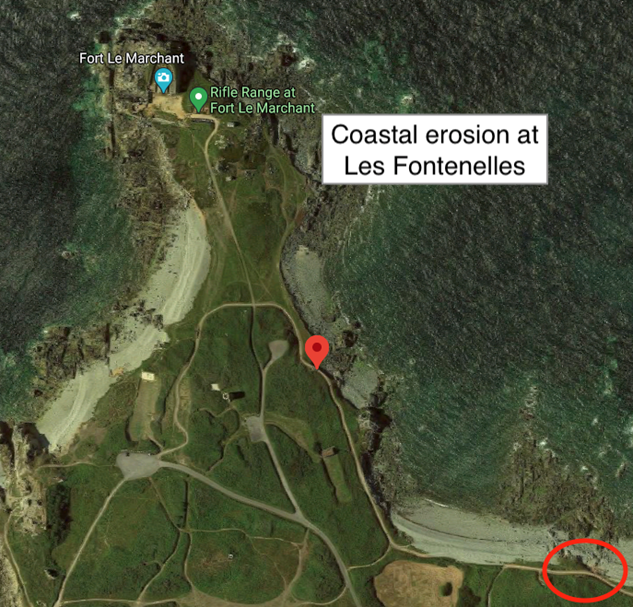 The highly accurate GPS survey, which relies on satellites and other ground-based technology to provide precise locations, was conducted by Marquis Surveys Ltd, the only chartered land surveying and chartered engineering surveying consultancy in the Channel Islands.

Council president Peter Blake said the measurements taken in 2019 served to set a baseline for future surveys because the amount of land being lost to erosion was very anecdotal and not completely scientific.

"When we conduct another survey, it will be the difference between the two which will give us accurate information as to how much land is being lost year on year," he said. "We were looking at doing this every three years but if there is some particularly bad weather with anecdotal erosion then we may carry out another survey – at least on the affected areas – earlier than that."

The accuracy of the GPS survey is such that a 20p coin buried on the common could be located and retrieved 20 years later, he said. 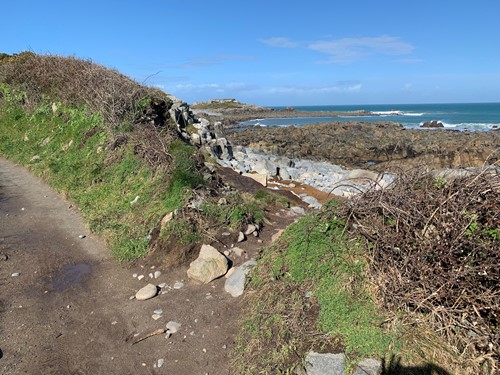 Walkers using the path at La Fontenelle Bay, near Beaucette Marina, have contacted the Vale Douzaine, which has links to the Vale Commons Council, about the damage to the path (pictured right and below), which in one area faces being washed away in the next significant storm.

The States Environment and Infrastructure Committee has been asked about protecting the area, which it has said it cannot do. The advice was that if the path washed away, the council could divert it further back inland.

Mr Blake said that posed a problem for the council because, quite apart from the cost and practicality of undertaking any such work, they had no idea who owns the adjacent land or permission to use it.

Trying to tackle the problem from the sea side appears possible but when the council tried that some years ago at the western end of the bay, they were prevented from doing so by E&I.

Mr Blake added that the VCC had recently successfully met the new committee, headed by Deputy Lindsay de Sausmarez, and were looking forward to a much better working relationship with them in the months ahead. 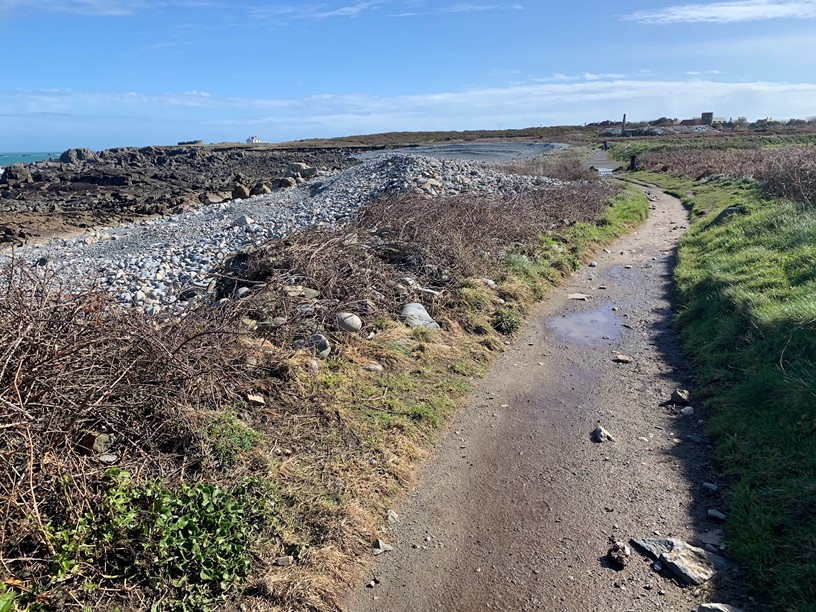