Vale Constable Richard Leale is to contact States Agriculture, Countryside and Land Management Services (ACLMS) over the deteriorating condition of Rousse Pier to try to establish a timetable of repairs for the facility. 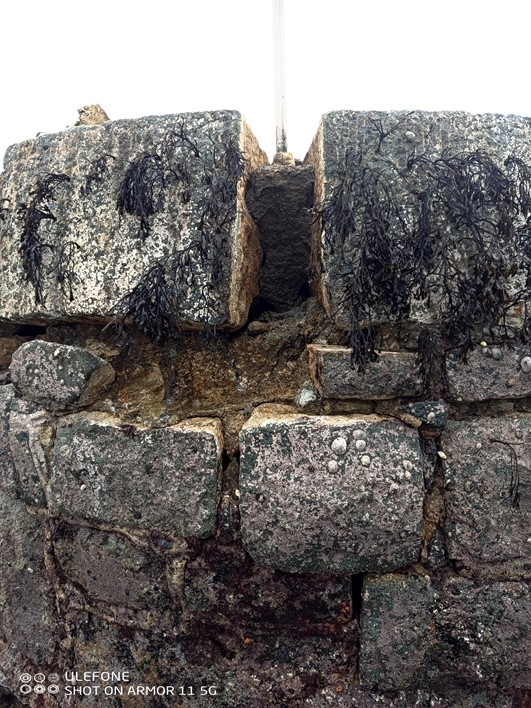 "It's disappointing that we need to chase the States like this," he said, "because the damage was highlighted last summer and action promised at that time. What we can now see is significant damage and loss of stones in areas."

When the problem was last highlighted (see here) it appeared largely confined to a trip hazard on the slipway leading into the water.

Recent photographs, however, show that dressed granite stones are missing from the pier itself and that grouting has been washed out of the structure, ultimately weakening it.

"We're obviously not engineers," said Mr Leale, "but this does seem to be another case of timely and early repair intervention saving much bigger problems later if this isn't attended to."

When the issue was last raised with ACLMS, it said: "The engineers are aware of the poor surface of the slipway and are working with contractors on how best to carry out repairs." No timescale was given, however, and Mr Leale said he would be asking for clarity on when remedial work will begin. 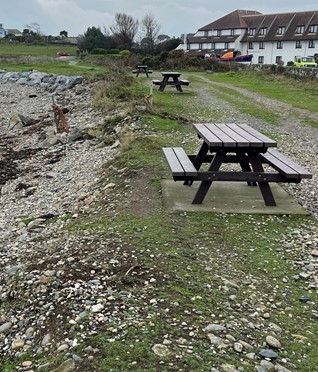 Coastal erosion
He is also to raise the problem of coastal erosion at Rousse, where rising sea levels appear to be washing away part of the common bordering the main road and Les Dicqs (right).

Mr Leale said ACLMS carried out some repairs along Route du Picquerel last summer, which was appreciated, but wondered whether more was required along the coast leading to Rousse Pier.

"We've sent the images we have to them and hope for a positive response," he said. "The area and the pier in particular are very well used all year round by fishermen, boaters and swimmers." 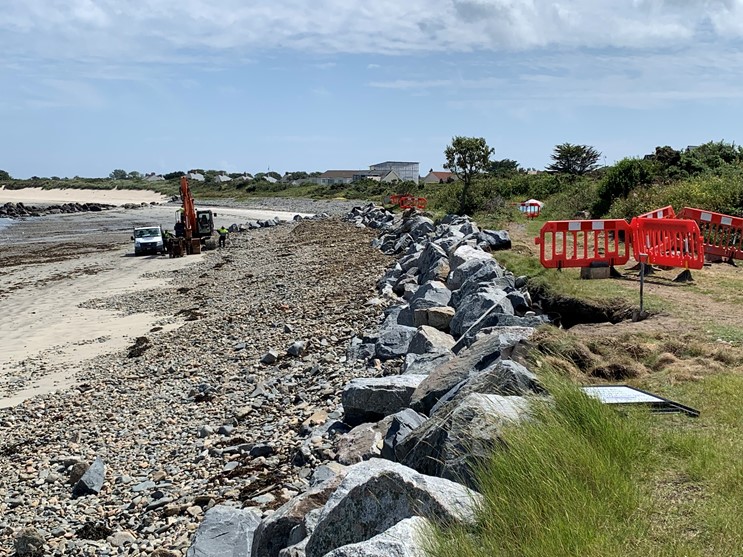